Plans were announced today at a press conference in Paris to create the first new Space Nation to be called ‘Asgardia’.

Plans were announced today at a press conference in Paris to create the first new Space Nation to be called ‘Asgardia’. The name derives from Norse mythology as the city of the skies ruled by Odin from Valhalla.

The first Asgardia satellite is planned to be launched in Autumn 2017, sixty years after the first ever satellite launch, and will mark a new era in the Space Age as the satellite will be independent of any current nation state on Earth: the satellite will comprise the nation itself, creating its own legal framework, flag and other symbols of nationhood.

The project team is being led by Dr Igor Ashurbeyli, one of the Russian Federation's most distinguished scientists and founder of the Aerospace International Research Center (AIRC) in Vienna. In a separate event in Paris yesterday, he became chairman of UNESCO’s ‘Science of Space’ committee. Dr Ashurbeyli has consulted a group of globally renowned scientists, engineers, entrepreneurs and legal experts on the development of the concept.

ROOM presents an exclusive opportunity to read Dr. Ashurbeyli's speech in its entirety. More information on Asgardia, as well as a chance to register as one of the first citizens of the first-ever Space Nation is available on the Asgardia website.

"Dear journalists, guests and colleagues who have come to show your support! Ladies and gentlemen! Thank you everyone for coming.

This is only the second time I have made a speech in English. I do not intend to make you suffer for the entirety of the press conference with my terrible English. I will give my opening speech in English as best I can and then ask our translator Irina Van Erkel to help me during the Q&A session – thank you.

I'll start by saying that I wouldn't be surprised if today or tomorrow, some or all of you write that some crazy Russian rocket scientist talked utter nonsense here today. It would be worse if you write nothing at all!

For my entire life I have always gone against the grain, that is why some people told me from time to time that I have crazy ideas.

The very first time I was labelled crazy was in 1988, when I was a successful young scientist at a state university. I read Gorbachev's decree that allowed private business in the USSR for the first time in its history, and started my “Socium” company. Back in my home town of Baku, Azerbaijan, everyone knew my very old family, who lost everything they had owned during the Stalin era. But I took my wife and small son to Moscow, where I didn't know a soul, in order to start a private computer technology business from scratch. Everyone told me I was crazy, that it's safer to work for the government and that no one would let a private company flourish in the USSR.

The second time was in 1994, I was already a successful businessman. Government enterprises, however, were in quite a disastrous state after the fall of the Soviet Union. Suddenly I accepted the offer of a government position at one of the oldest and most famous defence companies in Russia in the air and space industry. It was in a desperate state. And again, I was told I was crazy. My wife's parents were living in Israel by then, my own father in Paris. He is now 80 years old. Despite having relatives abroad, I got the highest level of security clearance and for ten years I was the CEO of “Almaz”, the world-renowned company that designed the C-300 and C-400 aerospace defence systems.

The third time occurred in 2011. I had transformed “Almaz” into a highly reputable state company with multiple domestic and foreign customers. During that time, private business in Russia was under severe pressure and the state sector received a lot of government support. But I took another crazy step and returned to my private business.

And now, in 2016, I have a profitable high-tech private holding company “Socium” that has been around for 28 years, with almost nine thousand employees in 30 companies in six towns around Russia.

And again, for the fourth time in my life, I am doing something extraordinary that could cost me dear and destroy my reputation as a conservative engineer and businessman.

Now, we have decided to create the first ever space nation – this is a global, unifying and humanitarian project.

So let's talk about that.

The project's concept comprises three parts – philosophical, legal and scientific/technological. And it's hard to say which of these is more important.

1. The project's philosophy starts at selecting the name for this new country – Asgardia. In ancient Norse mythology, Asgard was a city in the skies, the country of the Gods. It is the realisation of man's eternal dream to leave his cradle on Earth and expand into the Universe.

Asgardia is a fully-fledged and independent nation, and a future member of the United Nations - with all the attributes this status entails: a government and embassies, a flag, a national anthem and insignia, and so on.

The essence of Asgardia is Peace in Space, and the prevention of Earth’s conflicts being transferred into space.

Asgardia is also unique from a philosophical aspect – to serve entire humanity and each and everyone, regardless of his or her personal welfare and the prosperity of the country where they happened to be born.

Asgardia's philosophical envelope is to ‘digitalise’ the Noosphere, creating a mirror of humanity in space but without Earthly division into states, religions and nations. In Asgardia we are all just Earthlings!

Today, many of the problems relating to space law are unresolved and may never be solved in the complex and contradictory dark woods of modern international law. Geopolitical squabbles have a great influence, and are often rooted in the old military history and unresolvable conflicts of countries on Earth. It is time to create a new judicial reality in space.

It is of crucial importance that space law does not become the law of the jungle. Today, only 20 countries on Earth out of about 200 have a space presence, and have, for example, plans to mine in space and lay claim to exclusivity and monopoly. We feel that this is not permissible. New space law has to equally protect the interests of every human being on Earth.

It means protecting individuals and countries (particularly developing nations) from space threats as well as delivering the benefits of using space for creating new goods and services, and financial resources.

The question of Asgardia citizenship is also essential. After Asgardia is recognised as a member of the UN, the question of reasons for granting citizenship will inevitably arise. One opinion is that the first Asgardians will be those who work in the fields of space research and exploration, and space technology, as well as investors in these fields, including small investors.

Of course, special preference will be given to the first hundred thousand people who apply prior to the launch of the first satellite - and all the typical citizenship procedures that are used on Earth will be followed. This does not mean Asgardian citizenship will not be available to all people on Earth, regardless of their earthly jurisdiction.

A core legal principle is that Asgardia does not interfere in relations between states on Earth – and vice versa.

Asgardia's legal envelope includes the creation of a new legal platform for the exploration of near-Earth and deep space. ‘Universal space law’ and ‘astropolitics’ have to replace international space law and geopolitics.

3. The scientific and technological component of the project can be explained in just three words – peace, access and protection.

These are the three most important scientific and technological goals of Asgardia.

First, is to ensure the peaceful use of space.

The second is to protect planet Earth from space threats. There are seven threats in our classification system: sun storms and flares, known as coronal mass ejections; changes in Earth's magnetosphere that destroy the effective protective layer of our planet; potentially dangerous asteroids and comets; man-made orbital debris; changes in the climate stemming from technogenic factors and sun radiation; cosmic radiation from nuclear reactions in novae, supernovae and pulsars; and the danger of Earth infection by microorganisms from meteors and other small celestial bodies.

The third goal is to create a demilitarized and free scientific base of knowledge in space. This will provide free access to all, especially those from developing countries who do not have space access now. And such access should be free and direct.

We are not going to talk about technical aspects and details today. It is not because we have nothing to say. It is because we want the widest participation in this open project – participation from all interested scientists and companies, without limiting them by our own vision of the technological side of things at the moment.

The scientific and technological envelope of Asgardia is a space arena for the scientific creativity of its citizens and companies in developing a broad range of future space technologies, products and services for humanity on Earth and humanity in Space.

Therefore, Asgardia is a sort of a matryoshka, made of philosophy, law and technology. Whatever else is hidden inside is something we will discover in the near future.

I would now like to say a few words on economics.

The thing is, we are not selling pieces of land on the Moon or water in Antarctica. We're actually not selling anything at all at the moment. Only after we have proven this idea with a confirmed launch of an equipped satellite may we begin talking about Asgardia's budgets.

Right now, work on the project is funded entirely from our personal private funds. It's a clear-cut decision. We have now declared our concept and philosophy publicly and would like as many people as possible on the planet to find out about it.

And of course we are going to make use of crowd funding and sourcing, and private donations. And we welcome cooperation with new partners and investors.

Asgardia’s technical, legal and philosophical team is in the process of being set up Is it pioneering, futuristic and visionary - or madness? Call it what you will, and time will tell.

To sum up, I would like to announce that in a few minutes Asgardia's website beta version will be launched – Asgardia.space. It will accept preliminary applications for Asgardian citizenship. After the first 100 thousand applications have been received applications will be closed until the first Asgardia satellite is launched. We await you – the first potential citizens and volunteers of the first space nation!

I understand that due to time constraints, I have been unable to talk about many other important aspects of the Asgardia project. I hope that I will touch upon some of them in answering your questions. And, of course, the majority will continue to be discussed in multiple social, expert and professional discussion arenas, and in the mass media - with your help.

Thank you for your time." 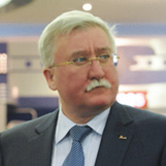 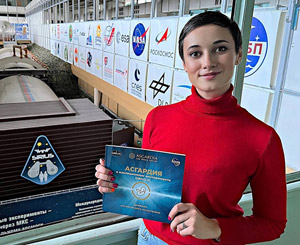 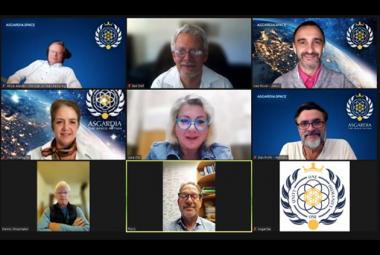